Historically significant literature has been written and collected In Heidelberg for over 700 years. The foundation of the University of Heidelberg in 1386 marks the starting point of the unique cultural history of Heidelberg as a city of thinkers and poets. The German volumes of the famous Renaissance library ‘Biblioteca Palatina’ still remain at Heidelberg University, and are currently being digitalized. At the turn of the 18th to the 19th century, the Romantic literary period was shaped in Heidelberg. Numerous philosophers and sociologists developed an interdisciplinary discourse that is still alive today.

Presently, Heidelberg is home to approximately 200 writers, 45,000 students from all over the world and a large number of publishers, bookshops (1.5 per 10,000 residents), antiquarian bookshops and renowned translators.

Heidelberg’s creativity makes it a unique economic player in Germany. The cultural and creative sector represents a far higher part in the overall economic performance of the city – over a third of the sector’s income is from the literature and publishing business – higher than any other city in the country. In 2013, a centre for the creative economy, the Centre of Creative Industries, was set up to help start-up businesses in the literary field.

Along with projects in the field of “text – language – philosophy”, Heidelberg also engages in unique initiatives in dance, art and music. Together with the neighbouring city of Mannheim, UNESCO City of Music, Heidelberg with its intergenerational and cross-divisional projects, joins the UNESCO Creative Cities Network as a truly interdisciplinary city. 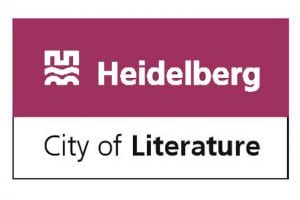