Lillehammer is one of the most important cultural cities in Norway. The region has rich literary traditions and holds a leading position nationally. After the 1994 Winter Olympics, a strong event and activity profile was established and the city is the annual host of large scale international programmes within the fields of culture, sports, peace advocacy and the travel industry.

A number of authors, of both fiction and non-fiction, have lived and live in the Lillehammer region. Many of the authors are members of the writers’ organization Oppland Forfatterlag, through which they exchange experiences and share texts with one another and with audiences. The creative writing programme at the Nansen Academy, Inland Norway University of Applied Sciences, the museums and Eastern Norway Research Institute, are other venues for literary production.

Since 2008 Lillehammer has been an ICORN International City of Refuge for authors suffering from persecution. In so doing, the city has assumed a particular responsibility not only in the struggle for freedom of expression, but also to provide practical assistance for individuals who find themselves in dangerous situations. As an International City of Refuge, Lillehammer has until now made a commitment to host five persecuted writers from Zimbabwe, Vietnam and Iran. Here they receive a safe place to live, economic security, a professional and social network and the opportunity to share and carry out the writing profession and international involvement. Through participation in the organization ICORN, International Cities of Refuge Network, Lillehammer gains access to a literature and cultural network in Europe and other parts of the world. The network and authors are a great source of inspiration for Lillehammer as a city of culture. 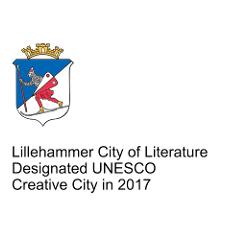