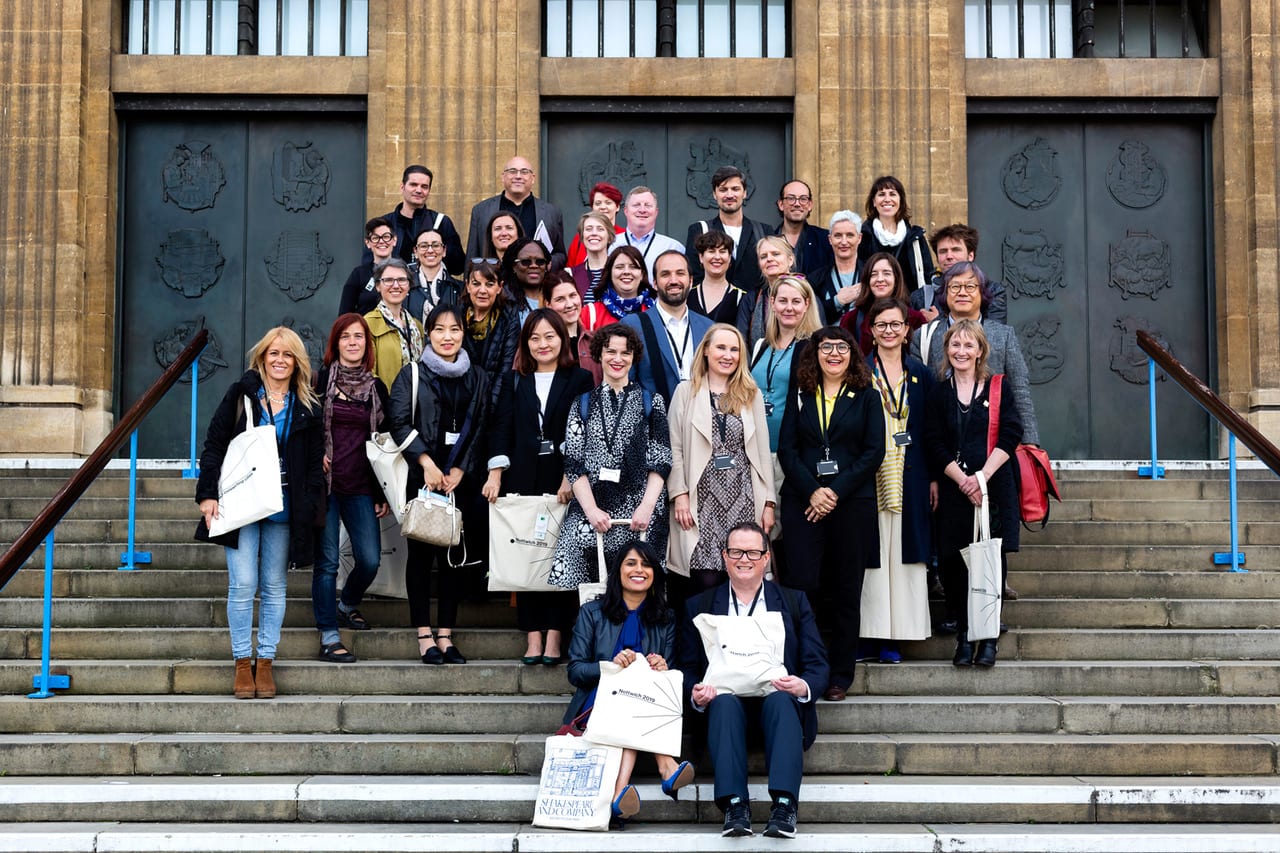 Cultural leaders from 26 cities across 5 continents met in Norwich and Nottingham for the Network’s first four-day meeting in England showcasing activity in their literary cities and discussing projects and potential collaborations for the future. The conference ran from 20 to 24 May 2019 and was supported by funding from Arts Council England.

“The National Commission for UNESCO estimates that the UK’s Creative Cities generate an additional £2.4 million per year through their association with UNESCO. It is with the help of these vibrant partnerships that we remain resilient in a changing world. The Cities of Literature Network has emerged as a powerful force advocating the importance of culture and creativity in driving regeneration and tourism, creating jobs, and making people healthier and happier.” (Chris Gribble, CEO of the National Centre for Writing, Norwich)

Chris Gribble and Sandeep Mahal argue for literature to be used as a catalyst for building bridges, for bringing about greater community cohesion, and for fostering empathy, understanding and tolerance. “Literature can’t move mountains, but it can galvanise social progress,” said the heads of the two Cities of Literature. “We need culture and we need literature and a good political policy to demonstrate what a cultured, civilised society can do; what a cultured, civilised society can be. It’s what we, the UNESCO Cities of Literature, are about.”

“We’ve identified priority areas for development, to improve mobility of writers, commit to translation projects and collaborate together on book fairs and festivals but to also conceive solutions to common challenges such as improving literacy and social mobility and promoting gender equality.” (Sandeep Mahal, Chair of the UNESCO Cities of Literature subgroup and Director of Nottingham City of Literature)

“The Nottwich conference was very enlightening and useful,” says Michaël Stoker, director of Utrecht City of Literature (the Netherlands). “A meeting like this is a bit like walking around in a candy store: in a few days you learn about the best literary events, projects and strategies in the world, and you can take home what is most appealing to you. That is a huge luxury. And we got to know two excellent literary cities, where we got the chance to meet world class authors such as Ali Smith, Robert Macfarlane and Audrey Niffenegger.”

The UNESCO Cities of Literature network brings together 28 cities with a combined population of over 26 million including 1250 libraries, 130 literary festivals and over 1200 bookshops. The designation recognises excellence, placing an obligation on cities to nurture their artform, support freedom of speech and ensure literature reaches as wide and diverse an audience as possible.