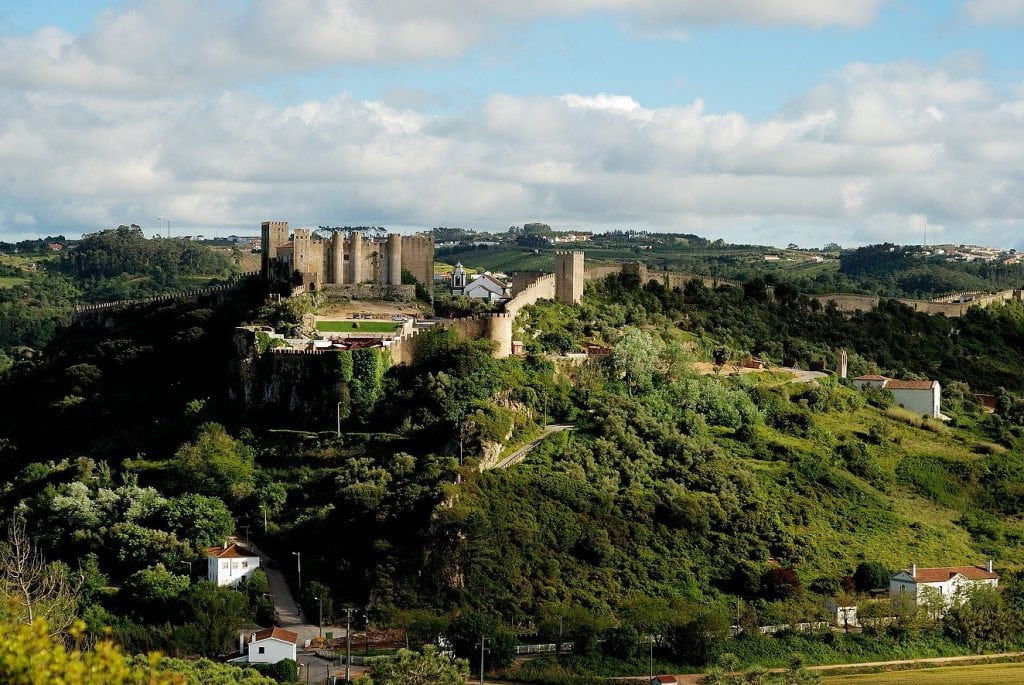 Once the wedding present to a Queen, the preserved medieval town of Óbidos, located 80 km north of Lisbon is without doubt one of Portugal´s most interesting walled settlements. When strolling along the maze of narrow cobbed streets of Óbidos, at each step, one comes upon vestiges of different civilizations.

From the hidden corners and high walled gardens of the old medina área, to the Gothic, Renaissance and Baroque features, the Town is an extensive work of art carved, destroyed and rebuilt many centuries. Óbidos is today one of the main jewels of the country.

The Óbidos Vila Literária project began in 2011 and aimed to pave the way for the regeneration of the historical center of Óbidos. This popular tourist destination was already known for its events calendar, which proved to be an important ingredient in revitalizing the economy with thematic events, such as the Medieval Fair, the Chocolate Festival, the Christmas Village and the Opera Festival. However, Óbidos needed to find a new strategy and chose literature as way to look towards the future. This path was so well received that it made this town a powerful media giant with a dizzying ability to mobilize.

This adventure began a few years ago, due to the need to rehabilitate some buildings and public spaces, funding opportunities were sought, especially for the rehabilitation of an old church located within the walls. The national context was that of a country with no funding programs for conservation and heritage, so it was necessary to find solutions that aimed at a cultural and economic dimension of the area while respecting the history of the building. The strategy was to create a cultural and literary center in Óbidos. When, in 2012, we opened the largest Portuguese bookstore in a church, we drew attention to the new configurations between spaces and activities and between local and foreign talents. We started with the idea of building a physical network of bookstores, which skyrocketed to 11 new bookstores in less than five years, including a literary hotel. This project has brought a very interesting positioning to Óbidos, not only for its cultural relevance, but also for tourism differentiation.

On December 11th, 2015 UNESCO considered Óbidos a Literary City, as part of the Creative Cities Network program. Created in 2004, this network aims to “promote cooperation with and between cities that have identified creativity as a strategic factor for urban development.” Óbidos’ application for UNESCO’s network of literary cities was based, among other factors, on the Literary Village project that had been in development in Óbidos since 2011 as result of a partnership between the municipality and José Pinho, from LerDevagar Association.

Óbidos Vila Literária is a unique project in the context of the artistic and cultural manifestations that take place in Portugal. The quality of this literary and artistic project is recognized by the local, regional, national and international community, both the public and its peers at local and global level: UNESCO Creativity Cities Network, IOB-International Organisationod Booktowns and International Literary Events.

The Literary Village of Óbidos was built on the assumption that there would be a Network of Bookstores equipped with specific spaces for the organization of art exhibitions, concerts, conferences and performances. In addition to the spaces related to the books, Vila Literária has a number of municipal spaces: museums, galleries and artistic and literary residences that allowed us to complete the offer and meet the requests of writers, authors and artists looking for Óbidos as a place where they can develop their projects or present them. The activities of Óbidos Vila Literária are ongoing throughout the year, with manifestations of greater importance in the festivals and literary and artistic gatherings, namely in FOLIO – International Literary Festival (in its diverse and artistically comprehensible components: Authors, Illustrates, Educates, Folia, and Parallel) and in Latitudes – Literature and Travel.

Óbidos Vila Literária plays a crucial role in the social cohesion of the territory involving the residents of the municipality and of the Western region, extending even to other municipalities and neighboring regions. The plan of activities has a main concern related with social inclusion, integration and collaboration with schools, polytechnics and universities, students, teachers and researchers. This plan, that starts from the book and reading, has a holistic and integrative concern covering the different areas of knowledge and the Arts.

Óbidos is, at the moment and as a whole, a Literary City, as it encompasses literature in everything it does, from the reconstruction and reuse of old buildings to the creation of jobs, thinking of alternative tourism products.

In Óbidos, all the bookshops are located in unlikely places (Churches, old fire departments, old wine cellars, etc.)
The historic Town of Óbidos has 3100 people and over half a million books inside the walled town.
FOLIO is an international literary event that brings to Óbidos some of the most renowned writers in Portugal and abroad.
Josefa de Óbidos and Baltazar Gomes Figueira are two of the few Portuguese painters with paintings at the Louvre Museum, in Paris.
Besides being a City of Literature, Óbidos also hosts an extraordinary events calendar including the International Chocolate Festival, Óbidos Christmas Village, Medieval Fair, International Piano Festival and a Classical Music Season.
The Literary Man Hotel is the only literary hotel in Portugal and one of the few in the world.
Óbidos is know as "Casa das Rainhas" because it was a wedding present (from the King to the Queen) from the 13th to the 18th century. Óbidos was given to 25 queens.
Besides a historic centre, Óbidos has a beautiful Lagoon that attracks many visitors every year.
Óbidos in the past decade has remodelled its entire school system and now has 4 brand new schools complexes.
Óbidos has a Technology Park oriented to the creative industries awarded with the Architizer 2015 (category Mix Use) and the German Design Awards.