Dunedin is New Zealand’s largest city by area and is renowned for its contrasting landscapes. It is a sprawling city that encompasses urban and rural communities. It is situated at the head of the Otago Harbour and stretches from the shores of the Pacific Ocean to the wilds of the Otago hinterland. This landscape has inspired poets and writers since the 19th century: including poet Thomas Bracken, author of New Zealand’s national anthem; Charles Brasch, founder of Landfall, the country’s foremost literary journal; and Janet Frame, internationally respected for her fiction and poetry.

In addition to Dunedin’s impressive publishing heritage, the city is also home to many nationally significant libraries and book collections including the Dunedin Public Library, New Zealand’s first free public library which was established in 1908. Additionally the Centre for the Book, opened in 2012, is a centre of excellence on book history and print culture, and investigates new platforms and models of book publication and distribution.

Throughout the year, literature-related events contribute to the city’s vibe such as the Dunedin Writers and Readers Festival, New Zealand Book Month and the Children’s Storylines Festival. 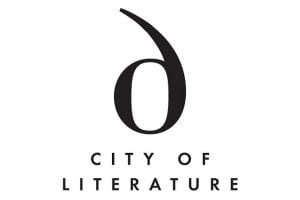